WG Davies On The Podium At Charity Football Match

Not only did the team finish third, they raised over £400 for Swansea Mind, a local mental health charity.

Five teams from Swansea based businesses played a round robin format and WG Davies got off to a flying start with a 5-2 win over Motorpoint. Across the tournament they were the second highest goal scorers but lost two games to finish third overall. Congratulations to Glass Systems, well
deserved winners who did not lose a match.

It was all for a great cause; the chosen charity for WG Davies is Swansea Mind, a local mental health charity that provides support and advice to empower anyone experiencing mental health problems.

At the time of writing the team has raised over £400, to include prize money of £100 and donations of more than £300 received via the Just Giving page, which will be kept open for a few more days.

Thank you to everyone who has donated.

Teambuilding, networking and charity fundraising all in an afternoon, with Lee Trundle (ex pro footballer and Ambassador of Swansea City FC) making a guest appearance too. A great afternoon organised by Business Fives, who have themselves donated over £325 to charities. 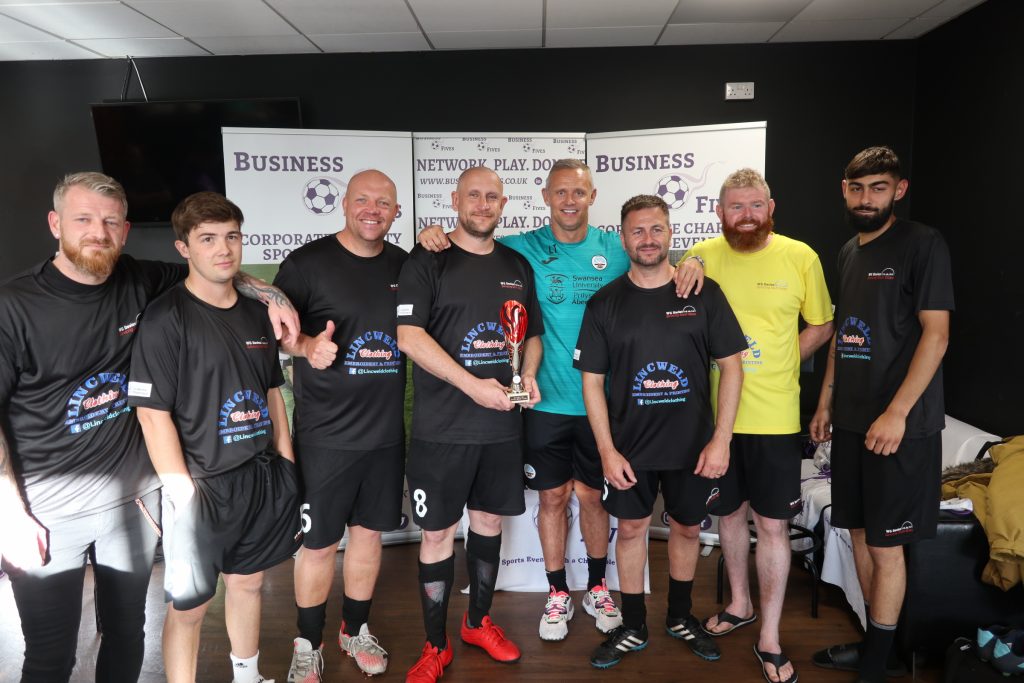 WG Davies On The Podium At Charity Football Match

WG Davies fielded a dream team for the Business Fives, a 5-a-side corporate charity football match at Pure Football in Swansea on 13 th September. Not only did the team finish third, they raised over £400 for Swansea Mind, a local mental health charity.
View All News
View All News